Internally, this cable uses three wires, two high purity copper lengths for the ground and one silver wire for the signal, the dielectric on all of the cables is made from silk. The cable is formed by twisting the cables to reduce noise from surrounding equipment entering the cable, an outer braid covers the two finished cables runs along with some heatshrink at each end. All of the phono connectors are silver connectors made by CHK and they feel solid and make a good connection*. This is not a shielded cable of traditional design, but rather a twisted pair arrangement that works really well, even around the back of my AV system where digital, analog and mains wires go everywhere it did not present excess noise.

Having received all the parts needed to build the kit (including silver solder and shrink wrap), I set about reading the instructions carefully then started to build. Construction was well documented and at no point did I feel that more instructions were needed. One change I did make, is to plait the three cables instead of turning them, as I found it a bit easier, but each to their own. All the cables provided were of good quality and I really like the silk insulators; they make it really easy as there's no need to cut the insulation to expose cable, just feed back the silk slightly to expose the wire. Apart from a pair of snips and a soldering iron, you'll probably need a heat blower too in order to activate the shrink wrap. They can be purchased at a reasonable cost from most electronics specialists. I'd say anyone with reasonable soldering experience could build this cable.

After finishing the build and a quick check to ensure it was built as expected, I went on to listening. Never connect a cable without testing it first - it may have an inadvertent short circuit somewhere. 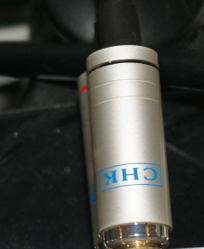 After running a burn in MP3 for about 10 hours (of which there are several available freely online) I then started to listen. What surprised me is the level of detail over the Chord Cobra, instruments sounded clearer and it became possible on the Roksan to hear right into the noise floor. On the Arcam it gave a finer presentation where every detail of the recording could be heard. Listening to Nils Lofgren's Acoustic Live (local FLAC 16bit) proved a most entertaining experience, lots of depth to the recording and lots of space around the instruments. Moving on to Tracy Chapman's self titled album (qobuz FLAC 16 bit) the extra depth in the sound stage really put the sound in the room.

I personally really like this cable, it's a sensibly priced cable that really offers a lot for the money. I really like the improvements to the soundstage over my prior Chord Cobra cable. However, as always in audio, your mileage may vary.