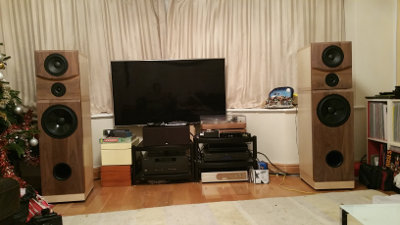 A couple of months ago I built a pair of Jensen ER speakers from Troels Gravesen's website linked above. Given my room size I went for the slightly smaller ported design that is 360mm deep. Now both they and I have had chance to break in I'll write a little about them. In my case usage is about 50-50 audio and AV, and IMHO these speakers are equally at home with both Home Cinema and Music duties. In fact for home cinema, there's really no need for a subwoofer as they go as low as you'd need them to go in most rooms. They produce a very impressive and compelling sound stage in both modes of operation. Dialogue is particularly clear and there's no evidence of excess in any region. Further, the sound is well merged at critical crossover frequencies at all seating positions I've tried in the room.

Prior to these speakers I'd been using a pair of Seas Mimir in the same position. I generally liked the sound but they were sometimes a bit bright for me. However, I knew that I generally liked the sound of Seas drivers. Towards the end of article I do go into some of the details of how I built them, this just goes into my particular build, the detailed instructions are on Troels site linked above.

For comparison, my setup at the moment for AV is:

Two friends who are also into audio and video systems kindly came around for a listening session. We listened to both Vinyl and digital sources. Digital was a mix of CD, FLAC from Qobuz and local 24/96 FLAC files.

Both described the sound as effortless - able to take anything thrown at it and play with finesse, while still being able to do convincing crash and bang on demand in AV mode. For me, the O Holy Night track was the high point. 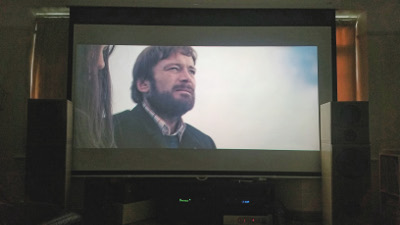 Above: left - movie playing on projector, right - speakers in the room. 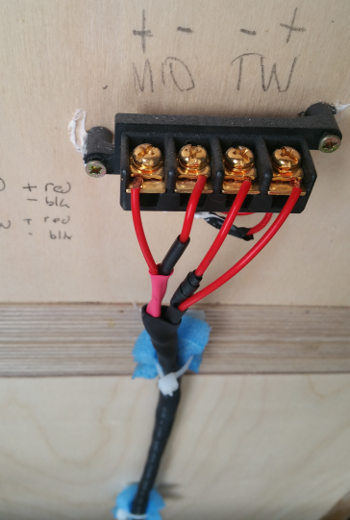 ## Update October 2016 Over the past few months I've ended up taking out the port plugs, overall I think they sound better without it. I did make a composite cable over the past few months, by taking 4 lengths of NeoTech OCC copper wire and combining it in heavy duty shink wrap. It seems to work really well, and avoids a previous problem where the wires kept getting caught in the projector screen when retracting.

I’ve used some foam port plugs that came with a pair of B&W speakers on the port exits of the mid units. To me it sounds a bit better like this in my room. It could be that the speakers are quite close to a bay window. I’ll try and take some measurements soon each way.

When I built the Jensen's I used 24mm high grade birch plywood for everything apart from the front 19mm baffles, for which I used solid walnut. S&L hardwoods supplied all the wood, they also provided quite a bit of help and advice on making the composite baffle from the 24mm ply and the walnut. They made the 320mm width walnut for the baffles from 3 x 130mm strips, these were finger jointed then run through their professional planer. The walnut was then glued and screwed to the plywood.

For the internal braces, I had some leftover 15mm birch ply and I used this. I cut 5 circular holes in each brace. Most of the components have been glued using polyurethane wood glue, which I prefer for speaker building. PU glue expands to fill any small gaps and for audio that is a very useful property IMHO. For the feet I used sorbothane feet that were rated for 30-40kg weight, I find that correct loading of this material is important; I'll be writing more on this material soon, as I've used it a few times now.

In terms of wiring, I switched out the standard wire for Neotech OCC copper wire in the crossovers and on the mid and top. I also stuck with the 2.2ohm tweeter resistor, as I found that setting to my liking for treble. You can see a couple of photos below of me taking measurements off of the speakers. I made some changes after this and need to retake the measurements now. I'll try and post up the measurements soon!

Many thanks to Troels Gravesen for putting out such a good design. If you've not visited the site before, I can wholeheartedly recommend it. 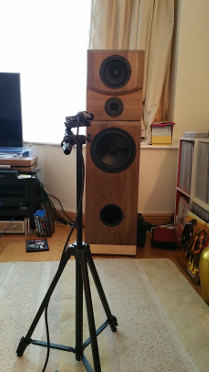 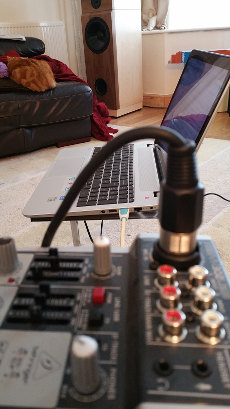