New Year 2022 and an update is overdue 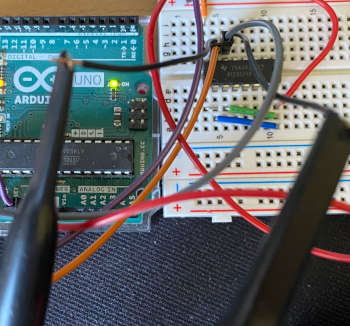 It’s been a bit too long between updates, and this is a major update. There are changes ahead for tcMenu, IoAbstraction and TaskManagerIO as I had to make a choice on how much I can do, going forward and for the foreseeable future it is back to my hobby, and the company behind it is closed. I am very happily working permanently and making the audio equipment that I always wanted to make in my spare time.

This does not mean that there will be no further updates, but it does mean you can expect to see the amount I do reduce to a sustainable level, that was realistically coming anyway as the library was moving toward being feature-complete. I am simplifying everything as much as I can now, to make it easier going forward. Also, you’ll see an update cycle to remove the company name from the source repos.

I have realised that in my rush to create tcMenu, and not fully think through the model for commercial users upfront, I have caused damage to other menu library writers, for this I apologise. Unfortunately, it cannot be easily rectified at this point, but I ask users of all popular menu libraries to consider one thing, regardless if it is ArduinoMenu, tcMenu or something else, how much do you value that library being there and maintained? All libraries take many, many hours of their authors time and if you don’t give something back they will eventually become more abandon-ware.

On that front, I do ask that especially if you use tcMenu and the designer often and make money out of it, that you sponsor me with at least a one off payment, otherwise the cost of providing a Notarized build for macOS and an EV certificate for Windows falls directly on me. That is a lot for me to stump up every year. The sponsor links are on my GitHub page.

TcMenu will move predominantly toward my own goals, not sure how far we’ll take mbed as it is too much of a moving target and very hard to support as a result. Further, I’ve not considered using mbed boards myself in any projects. We’ll continue to try and keep the few STM32F4 boards we support for now but unless someone helps out we will put any new mbed boards on hold.

For Arduino, I owe a lot to the Arduino community, it helped me out when I felt a bit low and needed a hobby about ten years back, so you can be sure I’m fully aligned with it, and I’ll continue to support as many Arduino boards as I can. My favoured boards are:

The future of embedCONTROL is a mix of the browser for mobile and a JavaFX for desktop. There is a react.js version in the works that can be served from larger boards. Right now from ESP32 and embedded Java, in the future it should be possible to add more webservers.

I’m actively working on support for RaspberryPI using the OpenJDK 17 build for Raspberry PI, as I need it for a project. This is at the prototype stage but the plan is: